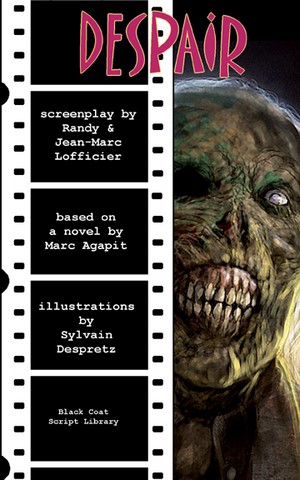 A macabre horror story based on a classic French horror novel, illustrated by one of the designers of Gladiator.

The tale of a man who survives a car crash, but finds himself trapped in a private clinic at the mercy of its lunatic owner, the terrifying Doctor Despair. The Doctor seeks to use him as a pawn in a monstrous scheme of revenge against the wife who once betrayed him. The hero struggles to save her, but in Doctor Despair’s asylum, no one is ever sure of what is a lie and what is the awful truth...

Despair is based on a classic 1959 French horror novel, "La Bête Immonde" by Marc Agapit.  The title translates as "The Awful Beast" and refers to jealousy, that green-eyed monster, that gnawing cancer of the heart that can destroy a man's soul.